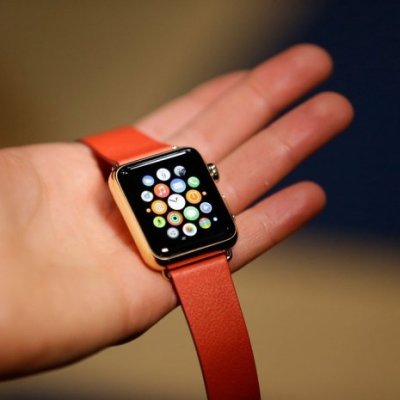 It’s the most talked about piece of tech and we seem to have waited an age for it, but the Apple Watch is finally here. If you’re thinking of buying one when it’s released on April 24th or are just curious what all the fuss is about, here’s what you need to know:

1. Apple Have Got a Lot of Things Right

Not in terms of marketing or even with technology specifically. They have got a lot of things right that many standard watch creators have gotten wrong. There are a lot of form and function aspects to consider when you create a watch, and it appears that Apple have put a lot of time and effort into getting it right.

2. The Cost May Be Just a Little Too High

There are plenty of watches that run up to $500 and people are prepared to pay it. However, at $349, the Apple Watch is rather overpriced. Do not forget that a lot of people are going to view this piece of technology as a toy on your wrist. They have got a lot of details right, but their price tag for a watch is a little high.

3. There Are Certain Bragging Rights

It is quite possible that people are going to notice your Apple Watch when you are out and about in bars and restaurants. This is a good thing because it will get you a bit of extra attention. Others may just think you’re a salve to fashion.

4. Most People Simply Use Their Phones

It is clever that Apple has managed to squeeze so much technology and so many functions into such a small device, but the fact is that all the functions may be done on a Smartphone. Most people already use their Smartphone for the functions that the watch offers, so what benefit does the Apple watch offer that a Smartphone doesn’t besides being more compact and being able to strap it to a wrist?

Let’s face the fact that the Apple watch is a bit of a toy and you are going to want to play with it. Instead of pulling out your phone, you are going to stare at your wrist instead. Maybe it is the way of the future and maybe it will be a fad, but at the end of the day, there is still an electronic toy on your wrist for you to play with.

6. Apple Have Already Tripped Themselves up

People are so busy anticipating problems and bugs with the first Apple Watch that they are waiting for the Apple Watch 2 to come out before trying it. In a world where a product is nothing if it is not a series, it seems that many are not going to buy the first Apple watch just in case it has bugs, faults or is a fad.

7. It is a Great Complement to the IPhone

This may not be a very big surprise to some people, but the iPhone and the Apple watch are compatible in numerous ways to the point where some say you are missing out with your watch if you do not have an iPhone. One of the best functions is that you can send a message on social media or via text on your phone, put it in your pocket, and then be alerted by your watch when there is a reply or a notification. It is great for the type of person that interminably takes his or her phone out of his or her pocket to check it.

So what are your thoughts? A passing fad or a must have?