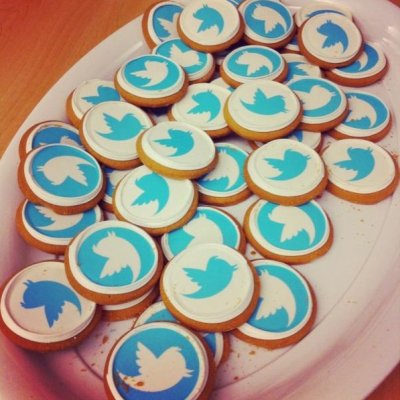 When you use Twitter, eventually you will fall into a user type. You may do it consciously – i.e. you joined the network for a specific reason and purpose, or you may just grow into a characteristic set. Let’s take a (lighthearted) look onto the types of twitter users and you can decide which you are.

You created a Twitter account years ago because everyone else did, and to this day all you have written is a classic “New to Twitter, what is this!?”

You never post any of your own thoughts, you simply retweet the words of other people to try to get across how you are feeling.

You love nothing better than to trawl through your timeline and pick up the grammar mistakes of the people that you follow.

You love nothing better than to be able to tweet out breaking news just as it’s happening, makes you feel like a CNN journo!

You profile picture and every single one of your tweets is dedicated to your favorite celebrity, who you follow and retweet obsessively.

You change your name to ‘Birthday Girl!’ on your birthday and spend the entire day begging celebrities for birthday wishes.

Instead of retweeting a funny line that one of your followers has written, you repost it word for word and try to claim the credit for yourself.

You’re one of those tweeters who likes to tell everybody how many followers your gained and lost this week with annoying automated tweets.

You don’t feel comfortable doing it with friends on FB, so you use Twitter to air some of your more unsavory and controversial political beliefs.

You are a diehard Justin Bieber fan who loves nothing more than to get in to it over the Twitterverse with One Direction fans. It’s a war out there!

You pretty much only have Twitter so that you can retweet and reply to every single thing that one particular person says.

You are one of those people who haven’t quite figured out hashtags so #you put #them anywhere you #like.

When everybody else is posting depressing memes about Monday, you are there, the voice of positivity.

You spend all of your Twitter time tweeting at a particular celebrity to “PLEASE FOLLOW ME I LOVE YOU SO MUCH!”

You use Twitter to give a play-by-play account of any TV show or film that you are watching, careful of spoilers though!

And speaking of spoilers, you are that Twitter user who loves nothing more than ruin the latest episode of Game of Thrones for anybody who hasn’t got around to watching it yet!

You have so many things and people to complain about, but you are the master of doing it cryptically so you never get caught out.

You like to search for retweets by being one of those accounts that posts meaningful and inspiring famous quotes.

You dedicate your Twitter existence to promoting your OTP; you must let everyone know that your two favorite characters are the best romantic couple in TV history!

You don’t actually tweet anything meaningful, you just spend your time trying t amass as many followers as possible.

You tweet about food, all day long. You have been known to use the hashtag #foodporn on several occasions.

You like to make a positive difference in the Twitterverse by being a 140 character motivational speaker.

You like to troll other people’s account by starting silly arguments that create several funny responses and chaos.

So - which Twitter type are you? Or do you dare not admit to it?