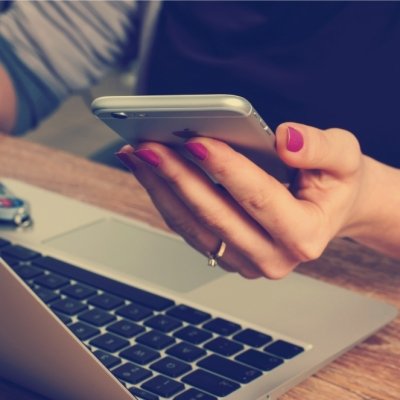 After all the initial excitement of social media, I think many of us are waking up to the fact that as marvelous as it is, it has some downsides. One being that those people you thought were ace and friended or followed, are now just clogging up your channels. Don’t feel guilty about unfollowing them or unfriending them! It’s time to bite the bullet and here’s why: Rant follows!

Today I ate an apple…yum.
I’m going to the dentist ;)
Does anybody else get cold feet in the shower?
There are millions of snore machines that post dumb, pointless, and dull stuff all the time. They know who they are, and they need to be stopped, and you can make the first strike against them by unfollowing them and unfriending them. No longer will you have to hear about how pretty the brown leaves are in the fall, or how the rain was a little harder today than usual.

2. People That Pester You

Tired of getting e-cards for non-special occasions? Sick of being poked? Had enough of messages that consist of simply “Hi.” There are hundreds of pester-monsters on social media, and if you are pretty, then you will get it more than most. Tolerance is okay, but acceptance is not. Tolerate their behavior for a while until it becomes annoying, at which point you must stop accepting their behavior. If you unfriend that person and they still keep pestering you, then write and tell them to get lost in CAPITAL LETTERs so they know you mean business.

3. You Get Sick of Their Social Media Profile Picture

Some people post really gross pictures, or shots of them looking like idiots, or dumb pictures that have nothing to do with them or their personality. One of the best times to unfriend somebody is when he or she posts a picture of himself or herself looking really miserable. You do not want their moody mug clogging up your perfect profile. Plus, birds of a feather flock together, and the last thing you want is to be associated with a sad sack of potatoes.

4. They CyberSpace Talk Too Much

Yeah, maybe the word cyberspace is a relic of the early nineties, and maybe there are better ways to describe people that won’t shut their traps on social media, but what does that matter? If the loser won’t stop posting inane crap, then dump their ass faster than sponsors drop footballers that swear on live TV.

5. They Rant about Politics All the Time

Adding a bit of politics into your profile is not a bad thing. It is good to know how the liberals and republicans stand on Syria, or the Russian expansion, but when you have to read about it every day, it just grinds you down into diamond dust until the only thing that sparkles about you is your false eye. The worst are the types with really narrow views, such as the ones that genuinely think republicans are bad people instead of just sensible. Or, the super-liberal people that insist weed should be legalized because it cures everything from whooping cough to the budget deficit.

There are some people that have a single issue and they just ram it down your throat like a teacup poodle being fed a foot long sausage. They bang on about their ugly kids or their stupid fluff bucket cat that they spoon feed salmon paste. Why do they think that people give a monkey’s acorns what their loser kids are doing with their stupid lives? Let us know if they land an acting job up against Dicaprio or Pitt and we may be interested.

Whenever you are tagged in something such as an image, you are notified about it, but it is annoying, especially if the person has a habit of liking everything you do and sharing every post you submit. It is like walking around with a child that points out every dog that is being walked. After the first five you can put up with it, but after around ten you want to tell the kid the classic tale of Old Yeller followed by your adaptation of Cujo. Maybe you keep getting tagged because you have an admirer, but having a fan follow you and bug you on social media is no less annoying that having it happen in real life.

Sorry! Well not really, because I’m sure these words echo thoughts most of you have had since you signed up to Facebook, Twitter, Instagram or whatever other platform.

So tell me. Are you too nice to Unfollow or unfriend or are you ruthless?