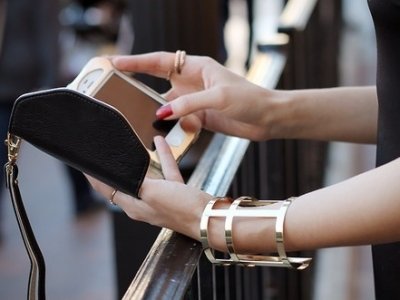 As they are still considered an investment purchase, everyone can use some tips on how to buy a smart phone, whether it is your first purchase or you’re upgrading. Smart phone technology advances so rapidly that you want to know that the one you pick does everything you want for a decent period of time. For the uninitiated especially, it is also a minefield. Which generation? Which operating system? Which manufacturer? Which model? Use these tips on how to buy a smart phone and you stand a great chance of making the right choice.

1. Think Carefully about the Design

Design is the very first thing you notice with any smart phone. But if you think you are going to receive advice on choosing a smart phone design here, think again! The thing is, all major smart phones have nice designs, and in the vast majority of cases the design is a matter of preference. As far as the design goes you should go with your own opinion and settle on a design that you like. No one else can tell you otherwise, so use your judgment in this area when thinking about how to buy a smart phone that fits.

2. The Weight and Feel

There are lots of people who purchase a new smart phone without thinking about the weight, feel and usability of the phone. Some phones are light and will go unnoticed in your pocket all day long, while others are quite heavy and noticeable. Naturally, it is the larger smart phones and phablets that are the heaviest. Here is some important advice on choosing a smart phone – when testing out a new phone in the shop, make sure the battery is included! This is because the battery adds lots of weight to the phone.

Screen size is one of the most obvious things you’ll notice when searching for a new smart phone. There are small-screened phones (less than 4.5 inches), medium-screened phones (between 4.5 and 5.2 inches) and large-screened phones (more than 5.2 inches). The largest smart phones are now very much like a mini tablet, and these are not good if you want something portable and easy to carry that you can hold in one hand.

If you want to know how to buy a smart phone the smart way, then you definitely need to pay attention to the quality of the screen. The best screens display in 1080p (1920 x 1080 pixels), while cheaper smart phones have screen resolutions of 720p. You should stay away from phones that have resolutions under 720p. Resolution is more important with larger screen sizes. Also important to consider is the screen brightness and viewing angle – your screen wants to be bright enough so that you can see clearly in the sunshine, and have a wide viewing angle so you can share what’s on the screen with your friends.

There are several main operating systems that come with the latest smart phones. Android is the most widespread operating system, and is not limited to any given smart phone brand. Android is a great system for customization and if you like to fiddle around with settings and customize the interface to truly make it your own. iPhones run on iOS (the latest is iOS 7), which like everything else Apple, is Apple’s own operating system. iOS offers really smooth and robust usability, and the selection of apps available is unbeatable. The Windows Phone operating system looks really nice, and your start screen can be customized so that you can manage almost everything at a glance. In terms of app quality and availability, Windows has yet to catch up and compete with Android and Apple. Because the operating system is central to the overall phone experience, it is a very good idea to check out each system to see which one you like best. Ask to try out friends’ phones or make use of sample smart phones in phone stores.

If you want fast data connections, then you should probably limit your search to 4G-compatible devices only. The 4G Long Term Evolution wireless data paradigm offers significantly faster data transfer rates than 3G. The speed is great, but make sure you check out 4G plans before you commit to a new smart phone. 4G plans are currently priced quite a bit more than 3G data plans.

The battery life is one of the most important things to appreciate when choosing a new smart phone. Battery life is influenced by a number of factors, including the type of battery, the operating system and the size of the screen. While it all depends on the exact make and model of smart phone, phones with larger screens usually have shorter battery lives. If you plan to use your smart phone lots and lots throughout the day, and don’t want to worry about recharging, go with the longest battery life possible. The current benchmark for long battery capacity is 3,000 mAh. Phones with this battery capacity last all day with frequent use.

8. Better Results with the Latest Chips

Every few years the underlying technology of smart phones gets refreshed and updated. This means that if you are not careful, you may end up going with a smart phone whose hardware is out of date, and this could mean poor phone performance – especially once you have crammed your smart phone full of games and other performance-hungry applications. Here’s how to choose a smart phone that has the latest tech: search for the phones processor and chipset, and then search online to see when the architecture was first released.

Smart phones need RAM to remember what they are doing, and using a smart phone with a small amount of RAM can be a very tiresome and tedious process. The amount of RAM that a phone requires to operate effectively depends on the operating system, the screen size and the applications used. If you are going with a budget smart phone, 1GB of RAM is OK; however, if you are looking for something better than a budget model, you will want 2GBs of RAM. The latest, greatest and largest smart phones now come with 3GBs of ram.

10. The Camera Resolution is Not That Important

Some people just love to obsess over camera resolutions. “Look, look! My new phone has blah blah pixels...” Don’t listen to these people! The camera resolution is only one factor (and probably not the most important) you should consider when shopping for smart phones. The most important thing is to understand what photography hardware/software features are available, and the practical performance of the camera. Does the smart phone come with image stabilization? Is photo quality good in low lighting conditions? Try to see if you can get nice photos taken inside without using the flash. As for after-effects, there are a wealth of applications available online that let you do this, so don’t worry too much about this.

When you are hunting for a new smart phone, an important thing to check (and this is often overlooked) is the durability and toughness of the device. Some of the better smart phones offer shatter proof and scratch resistant glass, which is great if you are going to use the device frequently, and some are even waterproof and allow you to take photographs underwater!

No guide to buying a smart phone would be complete without recommending Bluetooth! Bluetooth is great because it lets you connect your smart phone to all sorts of other devices, including hands-free sets, speaker systems, fitness devices and smartwatches. All of the biggest and most popular smart phones have Bluetooth included, so here you don’t need to worry too much. However if you are going for a cheaper model, make sure you find out.

NFC is a new mobile communication technology that makes it easy to pair multiple smart phones together to send and receive information, and pair smart phones to supported devices. When used in conjunction with a digital wallet and a supported payment processor, you can use NFC to make fast, contactless purchases at retail stores. NFC is becoming very popular with making small purchases at grocery stores. Apple has its own near-field communications technology, which is called AirDrop.

14. Avoid the Hassle of Cables with Wireless Charging

Wireless charging is not exactly the most important thing you need to think about when buying a new smart phone, but it is still a nice extra feature to have. With wireless charging, you simply place your smart phone on a special mat, and it charges automatically.

15. Use a Popular Review and Rating Site

You should never rely simply on technology reviews to learn about a new smart phone. The best way to understand truly how good a smart phone is, is to check sites that bring together ratings from thousands of different users. Collated user reviews are the most reliable and accurate sources of information, so make sure you make good use of them.

Although all manufacturers make a good range of accessories, you may have your eye on something that will dictate your choice of phone. Don’t do it. Do not choose your phone on this basis. It is what the phone does for you and its usefulness that is most important.

I have deliberately left this until nearly last because, really, there’s not much to say. If you’ve already decided you want to buy a smart phone, you know there is expenditure required. Essentially, the same rules of any purchase apply. Buy what you can afford. Look around for the very best deal. If you know there’s something big happening in a couple of months, consider waiting to see if the new release would be the best option for you, rather than buying now and then wanting to upgrade in a few short weeks.

Although there is still some way to go before there is great flexibility, the carriers are becoming less stringent with their plans. It’s still very important to understand the contract you’re signing up to. In the US, most contracts from Verizon, Sprint and AT&T are of two-year duration. And you are “tied-in” to that period by early termination penalties. In a subsidized plan you pay less up front for the hardware, so if you can afford to pay more for the phone, your monthly charges will be less. If you don’t want to be tied to a contract, your choice is limited to T-Mobile (as of February 2014). If you can afford the full purchase price of the smart phone, you have the option of off-contract. This is the fastest growing segment of cell phones and more carriers are entering this market. Overall, off contract is cheaper because the lower monthly charges and the cost of the phone are still less than a contract for the same phone over the same period. Contracts and carriers vary greatly by country so please do your research to work out the best deal for your budget.

Apps are made faster than a teenage boy running away from his mother telling him to get a wash. The range of apps available should NOT be a factor in your choice of smart phone. With millions to choose from there’s way more than sufficient for your needs, whichever phone you choose.

You really could spend ages reading up on how to choose a smartphone but I believe I have narrowed it down to the major considerations and if you follow a good few of them, I’m sure you’ll make a great buying decision. I’d love to know of the criteria you used when picking your smart phone if you have one. Which factors were the most difficult to consider?