8 Social Media Privacy Tips to Keep You Free from Harm and Creeps ... 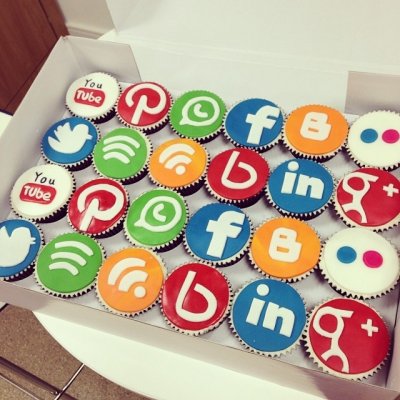 These days, we’re all online all of the time. Everyone is. We share everything from what we like to what we’re buying to where we are and even who we’re with. It’s the new normal. It’s weirder to meet someone who doesn’t have a Facebook or who has never visited Tumblr than it is to be with someone who is always updating their status – I mean, how do you get through life without the internet?! Not everyone on the internet is fun, though. There are some weirdos that think they own the place, and you only need to share an opinion on a controversial topic to lure them out. It’s easy to scare and intimidate if you’re hiding behind a computer screen! Here’s some great tips on staying safe online, and protecting yourself from internet creeps.

A geotag is a little bit of location data that is added to a social media status. Twitter, for example, can add on that you’re tweeting from New York City, or Instagram can share that your amazing photo was taken at Disneyland. All cool, right? Unless it accidentally gives away your exact home address, or where you go to school. Check out your geotags every now and again, and make sure that your Instagram geomap isn’t highlighting too much of your world. And if you’re in doubt, leave geotags out.

You’ve probably heard that when social media started becoming really mainstream, burglaries increased. Thieves just had to watch people’s accounts, and wait for them to tag themselves as on vacation, or staying at a friends, or at the cinema. They knew that the house was empty, so they could strike and steal what they wanted. It’s not just your house that you put in danger, either. You could well put yourself in danger if you reveal your location and you’re on your own. The secret? If you want to post about where you’re going, make sure your security settings are locked down.

Most social networks allow two-step authentication now. That means that you text an automatically generated code, for example, which you enter after your password. It’s supposed to prove that you are who you are saying you are – or at least you’ve got your phone! It does make logging in a bit more laborious, but it can stop your accounts getting hacked, which will prevent your private photos and pictures from ending up all over the internet. Totally worth it.

A friend of mine got her first credit card last week, and the first thing she did was to Instagram a picture of it. She was excited and wanted to share, and she did take a cool photo. All good, right? Well, no. All her information was totally visible, and people do this all the time with driving licenses, passports and the like. Make sure your pictures don’t give away more than you intended them to – you don’t want to encourage identity fraud.

5 Use the Report Button

Almost all social networks have a button which allows you to report posts which are inappropriate or harassing. Learn where it is, and use it! If you’re feeling threatened, annoyed or harassed, hit the button, and make sure you tell someone in real life, too. Talk about it, and not only will you sort the situation, but you’ll feel much better about it.

Okay, so you probably added loads of randomers back when you were playing Farmville, and needed people to visit your pigs. Or maybe you needed lives on Candy Crush? Anyway, no one would blame you for boosting your friends numbers. It does make your social media less secure, though. Go through and cull your friends lists, so that networks such as Facebook are at least private.

7 Keep Your Wits about You

Got a friend request from someone who looks like they should be in a boy band, with no mutual friends and no connection to you? He’s probably not looking for his next girlfriend…in fact, he’s probably not real. Reject his request on the basis that he has no reason to be poking around your networks, and go and watch a few episodes of MTV’s Catfish. That’ll put you off internet hotties!

8 Remember You Can Disappear

All social networks provide a way to lock down your account. In some cases, that might really limit who sees your messages, and who can respond. That’s okay, though. You can then use social media feeling totally secure, without worry that you’re being watched by a creep.

Remember that as with anything online, once you post something, it stays there forever. Your decisions can have long-reaching consequences! Stay on top of your social media and if it starts feeling like too much, take a few days off to recollect and enjoy real life away from a screen. You’ll feel better for it. Do you know any great ways to avoid creeps on social media? Let me know!