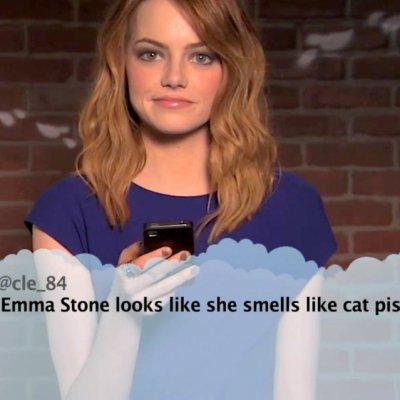 I love Twitter. It’s a great tool for talking to other people, following the news, keeping up to date on scores…anything, really. And that’s not to mention how hilarious it can be! You do need to obey Twitter etiquette, though. The social network is now eight years old, and if you’re doing it wrong, you could go viral. Here are the things you should never, ever do on Twitter – avoid these, and you should be on the path to a happy Twitter-dom.

1. Vent about Your Job

You probably saw the recent story about a teenager who tweeted about starting her “ass job” the next day. Luckily, she didn’t have to start the job! Unluckily, that’s because her boss spotted the tweet and fired her through Twitter. Don’t post negative things about your job on Twitter. In fact, it’s probably wise not to tweet about your job at all, but definitely don’t say anything bad.

On 20th December 2013, Justine Sacco tweeted to her few followers that she was off to Africa. All fine. She made a pretty poor taste joke about getting AIDS, though, and by the time she had landed in Africa, she’d received death threats and her profile had been plastered all over the news. Before you tweet, ask yourself if you’d make the comment into a loudspeaker to a large crowd. If the answer is no, hit delete.

Don’t do it. Twitter wars can be hilarious, but they are also mean, nasty and immature. They almost always end up with personal insults, and nobody walks away looking good. You could well end up with a deleted profile, too, or at least on some blocked lists! Walk away.

Before you use Twitter, use Google. That goes for everyone. Just hours before Hurricane Sandy devastated the East Coast, Lindsay Lohan hit Twitter to ask why people were so upset: “WHY is everyone in SUCH a panic about hurricane (I’m calling it Sally)…? Stop projecting negativity! Think positive and pray for peace.” She was TORN APART for not paying attention to the news. Nobody would have known before she offered her opinion, but as she did, she probably should have checked that she knew what she was talking about. The same goes for us, too. If you’re going to wade into a discussion, make sure you understand it.

American Air hit the headlines for their handling of a teenage girl who tweeted that she was going to blow up an airplane in a moment of rage. She quickly tried to defend herself, blaming a friend and saying she was joking before begging the airline not to call the police, but it was a joke that nobody was laughing at. It’s actually against the law, too. Things that you put on the internet live on forever and nobody wants to be remembered for being that girl who threatened to blow up American Air on Twitter, so vent your frustrations elsewhere.

Twitter can feel therapeutic, and plenty of people overshare on it. For example, Rob Kardashain went on a now infamous Twitter rant after breaking up with Rita Ora, accusing her of cheating on him with nearly 20 dudes, and suggesting that she was disgusting for “giving her body” to that many men. Okay, so he was going through a break up, and he was clearly hurting. Learn from him, though. He can’t take this back, and neither can you. Release your anger elsewhere, and be glad that nobody else can see it.

It should go without saying, but don’t spam people. Whether it’s begging people for retweets or trying to get attention or throwing links around, it’s spam, and nobody wants to see it. You’ll end up blocked and muted faster than you can say Retweet.

Once you’ve got these down, you’ll be free from most of the Twitter pitfalls that seem to trap people – and you’ll be much more likely to enjoy your time on Twitter, too! What do you think the biggest mistake people make on Twitter is?