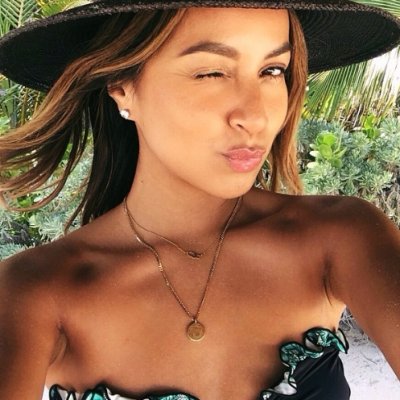 If your new summer squad goal is to be a better trainer team than Ash, Misty, and Brock, you'll need to know how to Pokémon GO better than anyone else. Here are a few epic tips guaranteed to give you and your squad ... er, Team... an edge.

1. What do Those Footprints Mean?

I thought the little footprints under the nearby Pokémon were meant to show how rare or common they are, but the footprints actually indicate how far away the monsters are: three footprints is 300 meters, two footprints is 200 meters, and one tiny, adorable Poké is 100 meters or less.

What to do with all those low-level Weedles and Rattatas? Transfer them to the Professor for candy, which you can then use to evolve your higher-level Pokémon. Tap the critter you want to transfer, then scroll down to the "Transfer" button.

I hate it when you toss Pokéballs and catch... nothing. There is a trick to snagging the monsters with the first ball, and it has to do with the rings around them. Your goal? A small green rings before you toss. Just hold your finger over the Pokémon until the green ring shrinks, then toss your ball and GOTCHA!

4. What about the Other Rings?

If the ring around the Pokémon is orange or red, you'll lob Pokéballs at them and they'll just laugh. Your best bet is to calm them down with berries first, or toss Great or Master Pokéballs at them.

Did you know you can catch plenty of Poké by just standing still? The way the map populates the Pokémon, if you walk around a bit into a new area, once the little GPS ball stops spinning, you can literally stand still and chances are, a new monster will come to you.

Spinning a PokéStop is way more fun than Spin-the-Bottle! When you're near a PokéStop, spin the center photo as quickly as you can, then, to save time, tap the X button (rather than waiting for it to stop spinning), and all of the items will automatically be added to your inventory. This is such a time-saver... and you'll never be "too far away" to claim your goodies.

By now you've discovered the only downside of Pokémon GO: it drains your entirely full battery in less than an hour. No worries though: Niantic is creating a fix, and in the meantime, you can tap the "Battery Saver" option in your setting to try and (you guessed it) save your battery life while you're waiting for the next buzz.

Do you have any other Poké-tips to share? Which team are you?