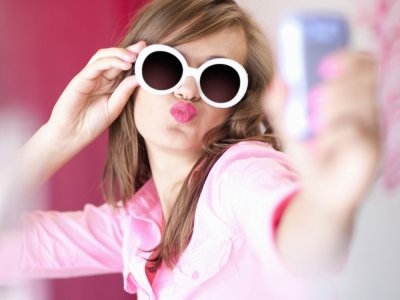 People are already calling Snapchat the next Facebook, which is only an incentive for the founders of Snapchat to work even harder. If you are not already familiar with this app, it allows you to send your friends videos or pictures of yourself that will automatically self-destruct only a few seconds after. It is a handy little app that allows you to share a few moments of your life and get away with sending funny pictures of yourself. However, let’s dig a little deeper into its origins and get to know the founders of Snapchat.

The founders of Snapchat, Evan Spiegel and Bobby Murphy, first met as undergraduates at Stanford. Spiegel pursued product design while Murphy majored in mathematical and computational sciences. Their combined knowledge was definitely useful in creating one of the most successful apps of today.

2. They Were Both Part of Kappa Sigma

Aside from attending the same college, the two co-creators also ended up in the same fraternity, Kappa Sigma. Interestingly enough, Evan Spiegel was actually the social chair of this fraternity! The frat reportedly was kicked out of Stanford’s campus in the fall of 2010 for breaking the rules and hosting a party that involved alcohol on a ‘dry’ weekend.

3. Both Come from Financially Stable Families

Both Evan Spiegel and Bobby Murphy come from very substantial families. Spiegel’s parents Melissa and John Spiegel are very successful lawyers, who hold degrees from Harvard and Yale. Spiegel said it himself, “I got really, really lucky.” Similarly, Bobby Murphy’s parents have their own share of success and work for the state of California.

Spiegel and Murphy became partners back in 2010 but even after attempting several projects, things didn’t go as smoothly as they did for Snapchat. Their first project was called Future Freshman and it was geared toward high school students, parents and counselors, who needed a guide for the college admission process. However, even after a relentless amount of work, they only had a max of five people on the service.

5. They Turned down Mark Zuckerberg

With the number of Snapchat users exponentially increasing, it only makes sense that other social media wants to tame the competition. In fact, Facebook boss Mark Zuckerberg tried to approach the co-founders himself with a value of $1 billion dollars only to be turned down. He later came back with a higher price of $3 billion dollars but the change in value didn’t affect the bottom line answer from Spiegel and Murphy.

6. It Started with a Friend

When a mutual friend regretted sending a picture from his smartphone, Spiegel and Murphy made it their goal to solve that problem by creating self-destructing snaps. Their idea evolved into an app called Picaboo, which later upgraded to Snapchat. While their classmates were apprehensive about these snaps at first, the creators still decided to go through with it and we are glad that they did!

7. Spiegel Dropped out of Stanford

Only three classes short from graduation, Spiegel decided to drop out from Stanford and work on Snapchat in the environment of his father’s home. However, in comparison to other dropouts, he is not doing so badly. He now sits alongside Murphy atop a hastily established empire that has recently been valued at $800 million.

Talent and innovation really take you far in life, just take a look at these two young creators who have reached great heights before even turning 30! Time will only tell if this app will become as long lived as other social media. What are some of your favorite social media platforms and apps that you check on a daily basis?